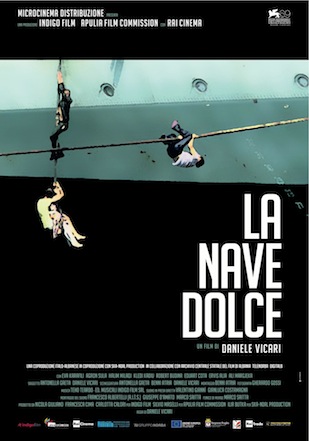 On August 8, 1991 an albanian ship, loaded with twenty thousand people arrived in the port of Bari The ship is called Vlora.
A closer look at who looks like a teeming anthill, a mass of indistinct bodies clinging to each other.
The docking operations are difficult, someone gets thrown into the sea to swim to the mainland, many shouting in chorus “Italy, Italy” making the victory sign with his fingers.
On 7 August 1991, the ship, returning from Cuba, arrives at the port of Durres, in the hold ten thousand tons of sugar.
Unloading was running when a huge crowd of thousands of people suddenly assails the merchant, forcing the captain Halim Malaqi to head to Italy.
Twenty-one years have passed since that day.
Most of those who boarded the ship, laden with sugar, were sent back to Albania but landings continued and someone even tried the crossing.

Today they live in Italy four and a half million foreigners.