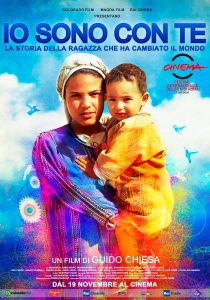 The story of a young woman who lived in Galilee two thousand years ago, Mary of Nazareth, thanks to whom, with the birth of her son Jesus, a new era in the history of mankind was born. The questions the film raises are just as pertinent today; framed from an exquisitely female perspective, they concern birth, growth, childrearing, women’s role in society, and the meaning of the word “love”.
TRAILER
PREMIERE
International Rome Film Festival 2010
In Competition