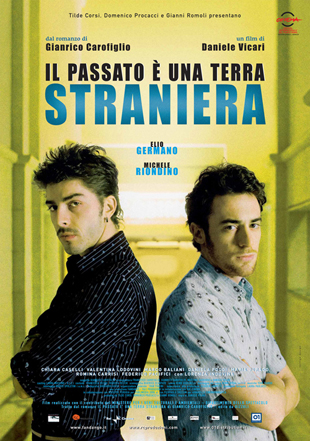 (Past is a foreign land)

22-years old Giorgio is a model student with an untroubled life and understanding parents. Francesco is handsome and elegant, mysterious and fascinating. He earns his living at the card table, winning more through cheating than by luck. He appears to hold the key to success. Set in the city of Bari, a backdrop of blurred borders, and new landscapes, Giorgio learns Francesco’s card tricks, becoming his friend and accomplice, as they travel from luxury villas to nameless hovels, through loveless beds with bored society women, learning how to move in places where the respectable and disrespectable seem to fuse. Slowly, Giorgio sees his model image disintegrate, making way for something unknown which frightens yet attracts him.
Based on the eponymous best-selling novel by Gianrico Carofiglio.