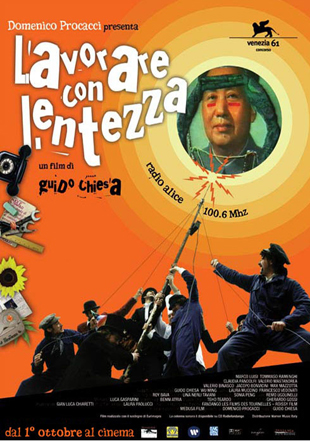 Bologna, 1976. Radio Alice is the student movement radio. An unknown universe to the ‘peace officers’ and ‘respectable citizens’, but also to the most young people who live in the suburbs; like in the southern suburb of Safagna. Two boys, Sgualo and Pelo, only dream of escaping their daily lives. They go to a local bar and in order to cope with an eternal lack of money, do some small jobs for a local delinquent, but this time he asks them to climb through an underground tunnel in the city centre. The objective: Bank Piazza Minghetti. Despite some doubts, the two accept the task, although it proves a tiring one. In order to brighten up their long nights of work, they listen to Radio Alice.