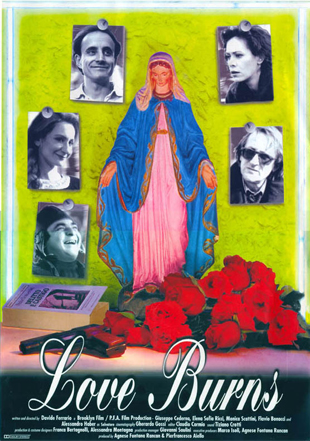 Rosario, a roman high school teacher, has been left by his wife Elena who is now living with her sister Eugenia. He’s very depressed and he’s often visited by a very earthly Madonna. He wants his wife back but in the meantime he has to put up with his colleague Amalia and her friend Salvatore, a petty criminal recently out of jail, who falls in love with him. Rosario is thinking of becoming a criminal too. Elena is then kicked out by Eugenia, because a suitor of hers, Bussotti, has fallen in love with Elena. Rosario hopes for a reconciliation but his flat gradually becomes an open house as Salvatore and Bussotti spend most of their time there. One day a disagreement between Rosario and his headmaster ends up in a homicide. After a torrid night of love spent with Elena, Rosario leaves with Salvatore on a little airplane.